We’ve a small group that known as “Bangalore 3-Collection Membership”, and some members of that group (4, to be exact) met final weekend for a brief morning drive, photoshoot, and naturally espresso and snacks.

The F30 320d house owners have been me and one other gentleman who isn’t a discussion board member, who was driving a beautiful white automobile! The G20 330 Li, in Cashmere Silver, was of fellow member @Gaboonviper04. And at last, the well-known Sundown Orange M340i was of @robimahanta.

Our driving circuit, about 100 km lengthy, included a loop round some rural areas within the North of Bangalore. We drove on some quick nationwide highways, then some clean and scenic rural highways, after which lastly even bumped into small slender village roads and even confronted a street blockage resulting from extra water from an overflowing lake. We had sufficient enjoyable and sufficient drama in a single brief 100km drive! (The 100km loop was from the assembly level and again to the assembly level. For me, the entire door-to-door drive from my house was about 200km).

Anyhow, let me share a number of photos from that brief however memorable morning drive:

The “4 Musketeers”, met on a aspect of a large freeway on a wet morning: After which drove on to get pleasure from such lovey tarmac and a few delicate corners: The most popular automobile in “The Membership”, the M340i: After which lastly, my humble 320d: One other view of the convoy: After driving a bit forward, the convoy reached one other picturesque nook : 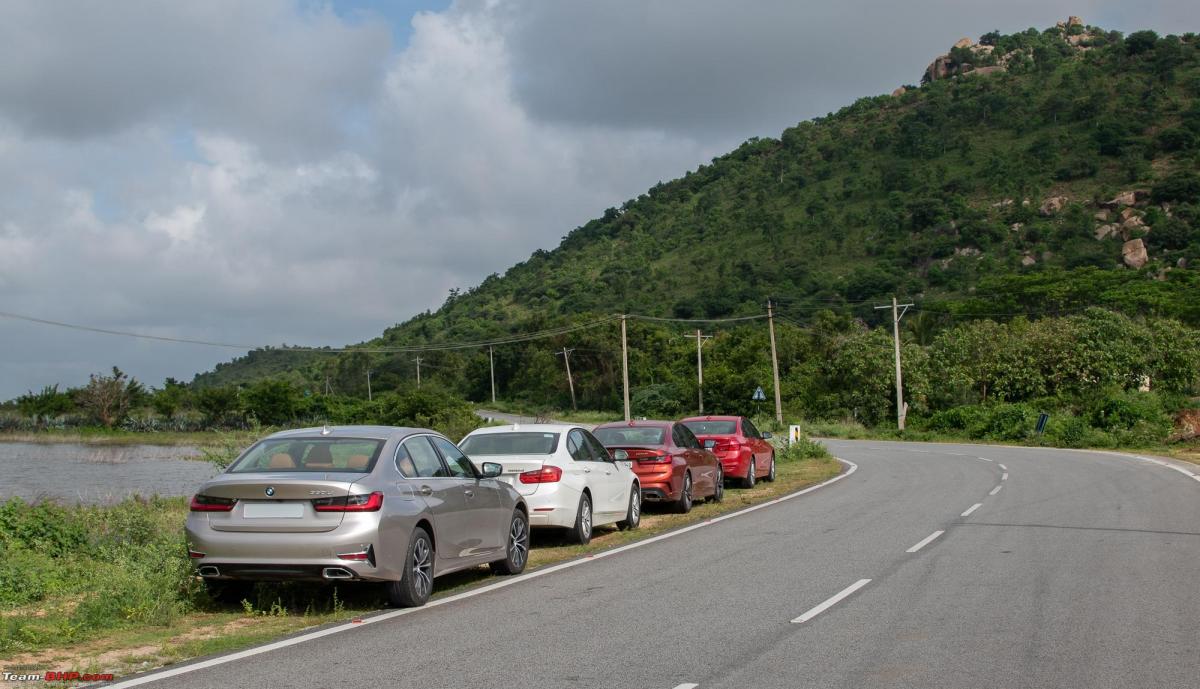 I didn’t imply to exclude the 330 Li, however this body with these three vehicles in some way appeared good: Again to all 4 vehicles, on the aspect of a lake: The M340i appeared killer, because it all the time does: I’m very unhealthy at taking folks’s pictures, however right here, is one picture with an added “human contact”:

From this spot, we continued driving on. We had beautiful roads (much like what you see within the photographs above) for the following 25km or so, however then our luck ran out and we entered into the small slender street which had seen loads of injury resulting from current heavy rains. At one level, the street was completely submerged below an overflowing lake, and we needed to take a U-turn on that slender rural street and discover our approach out of that mess. We in some way managed to discover a approach out, after which reached again our standard pit cease in that space, “Tribal Cafe”. Lastly, a parting shot of my automobile and @Gaboonviper04’s 330Li, as we stood again there discussing varied matters (Run-Flat Tyres is all the time one of the mentioned matters when BMW drivers hang around like this and focus on varied issues): Thanks, guys for the stunning meet and drive. This was the first assembly on this smallish membership, however I hope there might be many extra within the close to future.